Midland Fire Security Services is proud to announce that it has recently won a significant maintenance contract working in partnership with Coventry City Council. This contract involves the planned maintenance of close to 250 individual sites.

The contract period is set initially at 2 years, with an option to extend for a further 2 years. It involves the maintenance, testing, repair and installation of Fire Alarm Systems, Sprinklers Systems, Dry Risers and Fire Hydrants throughout Coventry. Each site varies in size and complexity including housing accommodation, some with vulnerable adults, public spaces such as shopping centres and museums. The contract entails providing the planned maintenance of Fire Alarm systems on these sites along with an “all inclusive” 24 hour call out service for faults and repairs.

Included among these sites are a number of prestigious buildings such as Friar Gate which is the principle home of Coventry City Council and Coventry Retail Market. The market, which has been operational for over 60 years was originally built to replace the old market which was destroyed by bomb damage during World War II. The new building was opened by Princess Alexandria in 1958. Its pride is its diversity of goods on sale and the many venues supplying a wide variety of food and beverages. The market has worked extensively at making itself Covid safe and is now, after a closure during lockdown, once gain welcoming traders and customers.

There are a number of tourist destinations covered by the contract, principle among these are Coventry Transport Museum, The Herbert Art Gallery and Lunt Roman Fort.

The Coventry Transport Museum provides a home for a collection of vehicles of designated national importance, and consisting of 300 cycles, 120 motor cycles and 250 cars and commercial vehicles.

The Herbert Art Gallery, a nationally recognised art gallery and museum located close to the iconic Coventry Cathedral, has permanent galleries dedicated to the visual arts, social and industrial history and Natural History. It is also home to the Coventry Archives, the location of historical documents, photographs, maps and archive material relating to the city. 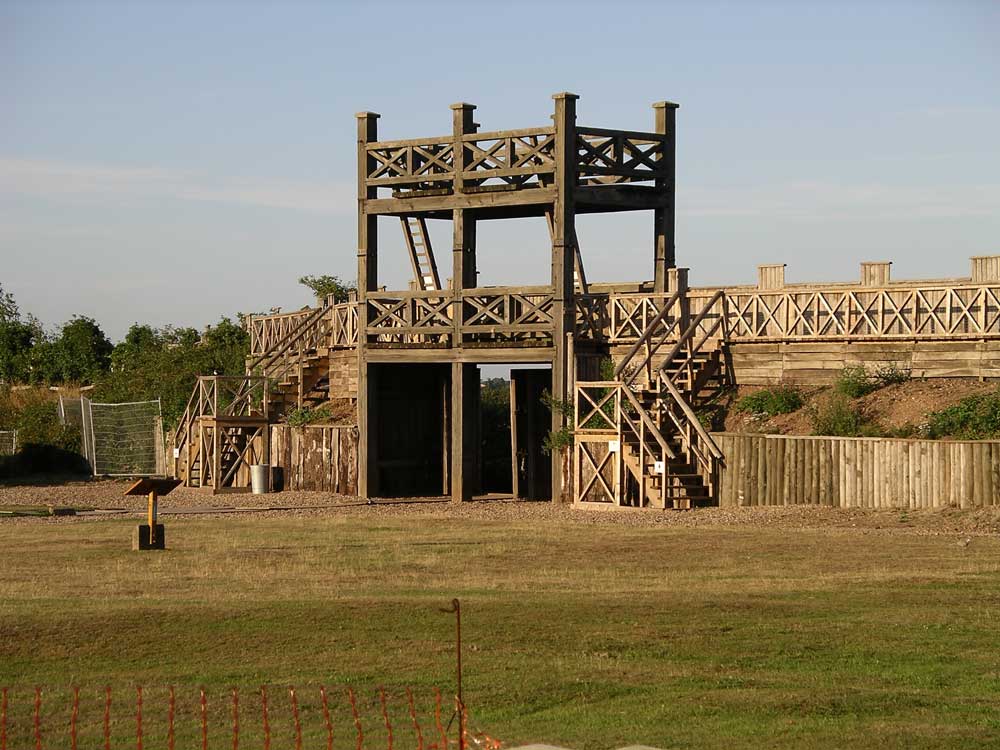 Of significant historical interest is Lunt Roman Fort, built in 60AD by the Romans in an attempt to suppress the Iceni rebellion led by the fearsome warrior queen Boudica. The fort is unusual in the sense that although these type of forts were built quickly from timber in an attempt to secure recently occupied territory, most were later rebuilt using stone. The fort had the advantage of being in easy reach of both Watling Street and the Fosse Way, both major arteries in Roman times and not dissimilar to the M1 & M6 of modern times.

Providing a service contract to such a large, diverse customer presents its own array of unique challenges. Foremost among these is preparing an accurate asset register for each site detailing the amount and type of equipment installed in each location, creating a comprehensive list of contacts and access information for each of the sites which is made all the more challenging by the current pandemic.

For the planned maintenance, there is a logistical challenge associated with organising our engineering workforce where each visit is booked directly with the site and there is a requirement to attend sometimes as many as four sites per day within specific, predefined time slots. The contract includes a number of schools and nurseries where knowledge of who will be attending site and at what time is important to the safety of the occupants.

In addition to the planned works for maintenance and building modification, the contract also incorporates surveying existing sites which contain obsolete equipment and devising a path to replacing and upgrading to current specifications. In most cases this will involve installing Gent fire equipment other than in locations where a wireless solution is preferable, either for reasons of aesthetics or buildings where asbestos may be found, and in these circumstances EMS radio equipment will be utilised.

From an internal perspective, the task of integrating locations, asset lists and timetables into our inventory system is no small matter. This has involved creating new processes to assist in prioritising and managing the workload. These new processes include devising a methodology for organising and storing paperwork including engineer reports, certifications and site surveys all of which has to be achieved in a fashion congruent with the council’s own prescriptive manner of doing things.

Although there are clearly both challenges and opportunities ahead, Midland Fire Security Services relish the prospect of working in conjunction with Coventry City Council on this large and varied contract.

We thought that we would leave the final word to Kenton Sarjaeant, Compliance Manager for Coventry City Council;

“Midland Fire Security Services took over the Fire Alarm installation, maintenance and repair term contract for Coventry City Council in July 2020. These are challenging times for the country as a whole and they have embraced the requirements of the contract as well as dealing with the added complications caused by COVI-19.

This site uses cookies. By continuing to browse the site, you are agreeing to our use of cookies.

We may request cookies to be set on your device. We use cookies to let us know when you visit our websites, how you interact with us, to enrich your user experience, and to customize your relationship with our website.

Click on the different category headings to find out more. You can also change some of your preferences. Note that blocking some types of cookies may impact your experience on our websites and the services we are able to offer.

These cookies are strictly necessary to provide you with services available through our website and to use some of its features.

Because these cookies are strictly necessary to deliver the website, refusing them will have impact how our site functions. You always can block or delete cookies by changing your browser settings and force blocking all cookies on this website. But this will always prompt you to accept/refuse cookies when revisiting our site.

We fully respect if you want to refuse cookies but to avoid asking you again and again kindly allow us to store a cookie for that. You are free to opt out any time or opt in for other cookies to get a better experience. If you refuse cookies we will remove all set cookies in our domain.

We provide you with a list of stored cookies on your computer in our domain so you can check what we stored. Due to security reasons we are not able to show or modify cookies from other domains. You can check these in your browser security settings.

These cookies collect information that is used either in aggregate form to help us understand how our website is being used or how effective our marketing campaigns are, or to help us customize our website and application for you in order to enhance your experience.

If you do not want that we track your visit to our site you can disable tracking in your browser here:

We also use different external services like Google Webfonts, Google Maps, and external Video providers. Since these providers may collect personal data like your IP address we allow you to block them here. Please be aware that this might heavily reduce the functionality and appearance of our site. Changes will take effect once you reload the page.

The following cookies are also needed - You can choose if you want to allow them: